Hanoi, the Old Doorway to China

It was absolutely magic for me staying recently in Hanoi; Vietnam is such a wonderful country. And chance had me staying in the hotel La Gare, the railway hotel, the station even being visible from my hotel window. 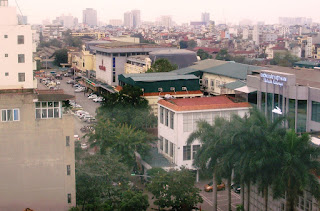 Severely bombed during the Vietnam war and with its centre portion now rebuilt, it is hardly a building you'd remember, though at night the bright lights and energy of the place make it sparkle. 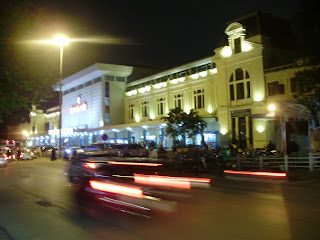 For me though it has special romantic associations as it was the southern gateway to Kunming in China along the remarkable mountain railway built by the French to give them access to the riches of China from their colonies in Indo-China. This penetration had long been a patriotic obsession for them, disappointed when the heroic explorations of Garnier and others discovered that the Mekong, a possible route, was blocked by the spectacular Khone Falls, and later triumphally realised by this audacious engineering feat of railway building through impossible mountainous country. 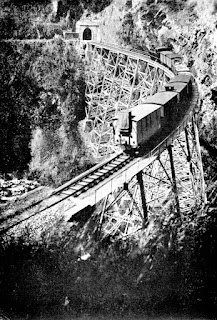 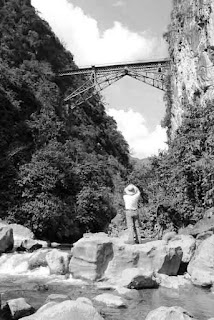 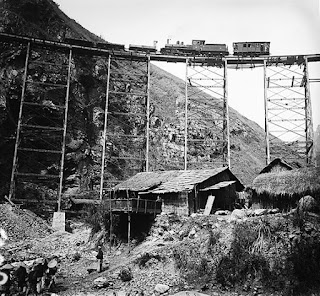 Because of this railway, the utter remoteness of Yunnan province was changed forever and Kunming, its terminus, became an important city, developing with a distinct French flavour in the official quarter. Thus the station in Hanoi became the jumping off point for so many roving characters such as Somerset Maugham and Carl Crow who found their way into this hidden region of China, after almost certainly staying in my own station hotel. Their accounts tell how difficult it was to get a seat on the Michelin railcar, thus leading to a long wait at the hotel, the luggage following later or even being flown up by air when possible.

'The Michelin' is preserved in the superb railway museum in Kunming, as is one of the fine locomotives imported from Philadelphia in 1923 that was in service for an improbably long time until 1991. 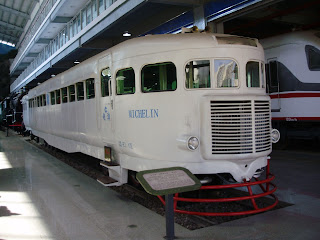 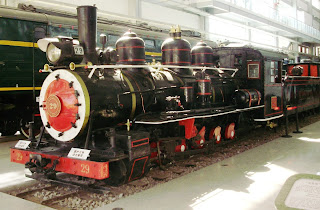 When the Japanese invaded Burma and took control of Indo-China through the Vichy French, the railway was closed for the duration but Kunming increasingly became a boom town as the terminus of the Burma Road. This was built to bring essential supplies to Nationalist China and to support them in their desperate struggle against the Japanese. When this too was cut, air supply from Assam in India and over The Hump into Kunming, made its airfields among the busiest in the world in what was history's first massive strategic airlift of military supplies.

It was into that hectic scenario that the men of the Friends Ambulance Unit first arrived and touched down on Chinese soil and into which the medical supplies that they distributed throughout the country were imported. Jack Jones, the 'heroic nobody' of my book, A TRUE FRIEND TO CHINA, knew it well, landing there in 1945.

He also knew the Hanoi railway too as in 1948 he took a ride on it, changing trains onto the branch line, stopping at the terminus at Shihping. This delightful French styled station I discovered and photographed in 2010. 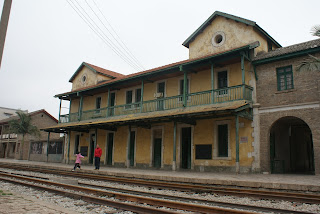 Jack's long account of his ride on the train is one of my favourite passages in my book and is Jack at his best as writer and story teller. It is also a unique description of the bustle of life on this railway.

He was on his way to Shihping to do a feasibility study for an anti-malaria project there, which was subsequently set up and saved many lives. Hanoi was not much than a day down the line, to the luxuries of the colonial city and the hotel La Gare, but Shihping was still centuries back in time, a place of immense personal wealth built on the child slavery that provided miners for the tin mines. But that's another story and it's there all in the book.